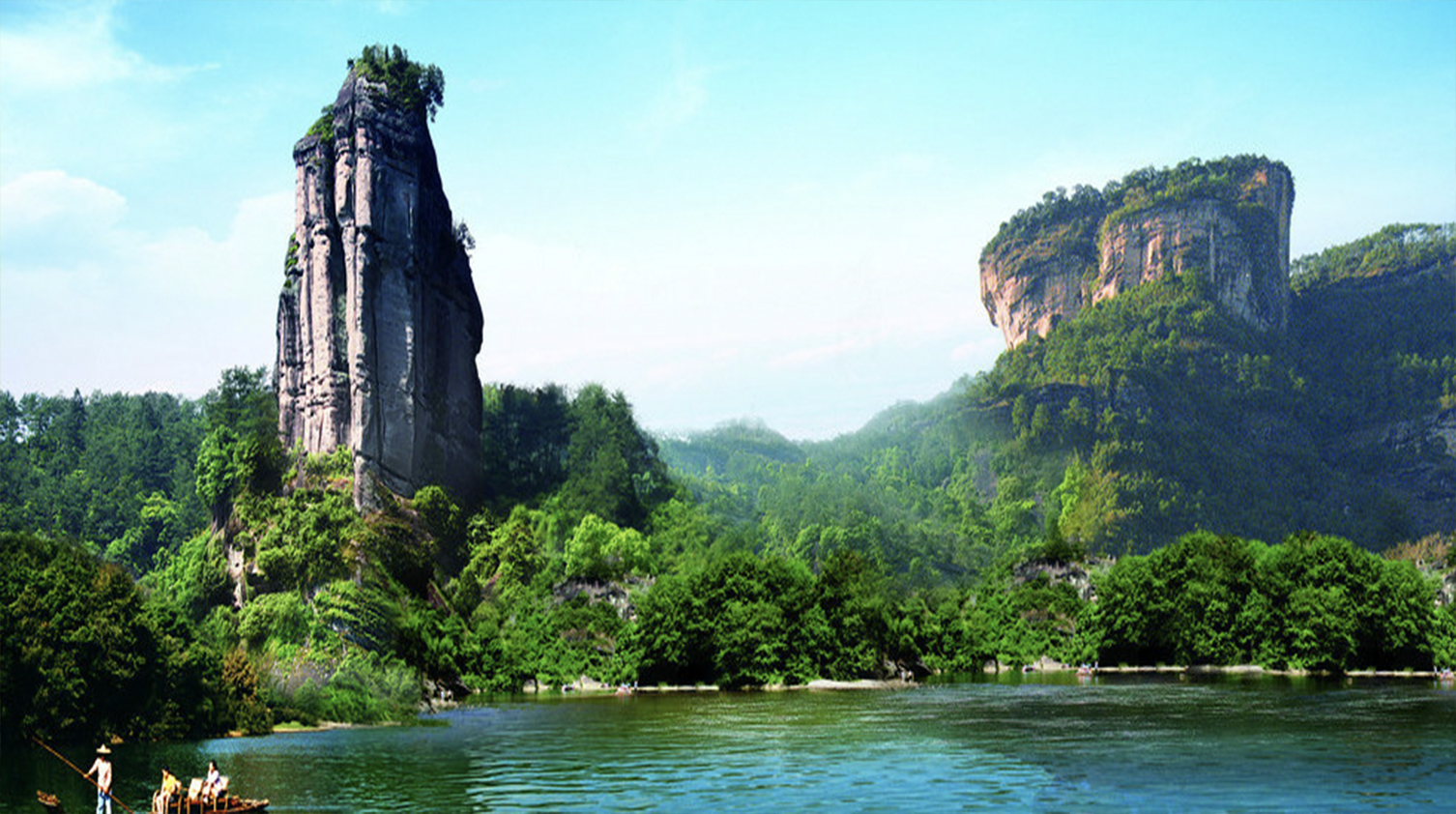 It is believed that Lapsang Souchong was the first black tea produced in China. It was first produced in Tongmu Village using the Camellia Sinensis Bohea tea bush variety at the beginning of the 19th Century.

Lapsang Souchong is distinct from other tea types due to its unique flavour of smoky pine which is comparable to fine cigars and a single malt whiskey.

The name itself refers to Lapsang which means “smoky variety” or “smoky sub variety” and Souchong refers to the fourth and fifth tea leaves used to create Lapsang Souchong.

Its tea leaves are a grade below Pekoe and are found at the lower parts of the tea bush.

The leaves are larger, riper and further away from the highly prized new growth tea buds.

To produce the unique flavour of Lapsang Souchong, the plucked tea leaves are withered over pine fires and then pan fried for a short amount of time.

The tea leaves are then carefully rolled. For the final step, the tea leaves are placed in bamboo baskets which are hung on racks over smouldering smokey pine fires to help dry and absorb the essence of smoke.

It’s believed that smoked tea was discovered by accident when an army passed through a village and camped out at a tea factory full of unprocessed tea leaves.

The army’s occupation stopped the tea workers from carrying out the drying process.

When the army left, the workers were due to take the tea to market, but there wasn’t enough time for the leaves to dry.

To speed up the process, they placed the tea leaves into bamboo baskets and dried them over pine wood fires.

This accidentally created the smoky taste which Lapsang Souchong is known for today. Our Lapsang Souchong Black Tea was produced in China.

For the process of this Lapsang Souchong, the youngest buds have not been taken, but the larger, riper leaves from the lower part of the tea bushes.

After the tea leaves were fermented, the leaves were placed on hot iron pans and roasted before being smoked over woods rich in resin.

This has resulted in a Lapsang Souchong which presents a large, black leaf with sharp notes of smoke.

Smoky Lapsang GFOP Organic has been produced in the North of the Fujian province which is known as the production capital for Chinese smoked teas.

Smoky Lapsang GFOP has been produced using large, ripe organic tea leaves which are ideal for the repeated tea smoking process as they result in a wonderful, spicy taste profile.

The beautifully worked leaf has been infused with anthracite for a smoky profile and the leaf presents golden leaf tips.

The cup is full-bodied with soft and smoky tones.

An alternative smoky black tea is a Russian Caravan Tea Organic which is a blend of Lapsang Souchong, Keemun tea and Yunnan tea.

Russian Caravan smoked tea tends to be sweeter and maltier than Lapsang Souchong, with less of a pine note.

It is believed that Russian Caravan teas originated during the long journey from Chinese tea producing regions to Europe via Russia.

Camp fires made from dried camel dung were said to have been responsible for the flavor of the tea, giving it a distinct smoky note.